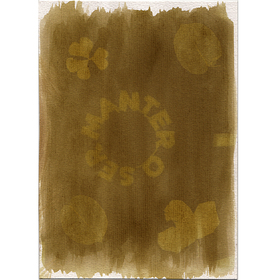 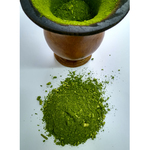 Challenges or observations: July was very rainy and humid. Sunny days were rare, but I was lucky on the day of the exposure (sun without clouds). It is interesting to note that, due to humidity, it seems that the anthotype effect happens “in reverse”. In anthotype, the parts covered by the image (photographs, drawings, leaves and flowers) remain with the original color, while the exposed ones fade. I think that’s due to the season (winter) and the intense humidity of the place (Praia do Cassino – Rio Grande do Sul – Brazil), the part covered by the image ends up “sweating”, gets watery, and fades before the part exposed to the sun.

ABOUT “MAINTAIN THE BEING” BY NATHALIA DOV, 2022

MINI BIO FOR CONTEXT: Nathalia Dov is from Rio Grande (Rio Grande do Sul – Brazil) and currently resides in Praia do Cassino (Rio Grande do Sul – Brazil). Through spontaneous encounters, she has been painting and drawing mandalas since 2013, aiming at a personal and creative development, which occurs until the present moment. Nathalia is a graduate student in Visual Arts with a Bachelor’s degree from the Federal University of Pelotas. After joining the same (in 2017) she began her research from the creations of her mandalas, and the artist’s practical production currently unfolds in questions of art and life, art and nature. In parallel with her current research, Nathalia has a lot of interest in, and inspiration from, nature and daily random events, where she presents them through photography.

ABOUT ANTHOTYPE CREATED: My first contact with anthotype was in July of this year, and from the first moment, I was enchanted by the alternative technique, for valuing the creative process more than the finished artistic production. The questions provoked by the anthotype, such as respecting the cycles of nature, the seasons, the ephemerality of organic pigments, made me think of my present end-of-course research that started with mandalas (geometric figures of radial symmetry).

Moved by curiosity and the desire to research more deeply about anthotype, I soon thought of doing tests with Yerba Mate (“Erva-mate” in Portuguese), a plant originally from subtropical regions of South American countries, and consumed as the drink “Chimarrão” in Brazil, Paraguay, Uruguay, Argentina, Chile, and Bolivia. The plant is barely known abroad, and (as far as I have researched) its use is uncommon for the anthotype technique. The choice of Yerba Mate is due to the daily habit of drinking “chimarrão”, present at all times with ideas, processes and artistic procedures, and from the anthotype I had the opportunity to use Yerba Mate not only as a drink that accompanies my creative processes, but also as a protagonist in the production.

About “chimarrão” and “erva-mate”, it is also known as “Congonha “, which derives from the Tupi ko’Qoi, and means “what maintain the being ” (“o que mantém o ser” in Portuguese). Reading this, I was immediately reminded of my research on mandalas, where the term “mandala” comes from Sanskrit and can be translated as a compound of “manda”, which means “essence” and “la” which means “content”, in other words, “what contains the essence” (study done by Shia Green -2005, D. 7). My mind wandered on the similarity of the meaning of “what maintains the being” in Tupi ko’Qoi, and “what contains the essence” in Sanskrit “manda” and “la”, so I thought: why not unite both? From this, the idea arose of bringing the words “maintain the being” (“manter o ser” in Portuguese) written on the glass to make an image for the anthotype, in the form of a mandala, the circle, so that in these difficult times we remember practices that exercise our being and our essence, for which anthotype itself is a way to do this.

Having made these connections, it is impossible not to relate the recently brought ideas to the book “Ideas to postpone the end of the world” by Ailton Krenak, which I read recently. In it, the author brings us questions about the socio-environmental reality, the construction of the idea of humanity, the path that current society takes and its consequences in relation to nature and planet Earth. The reading of “Ideas to postpone the end of the world”, at the same time that it launches a certain excitement inspired by the author’s vision about dreams, actions, practices, stories, creativity and subjectivity, it brings out this simultaneous dichotomy between anguish and hope, about the urge we have for a change, but also the feeling of being “insignificant” and being tied to the more external situations (corporations and industrial scale) and to this ferris wheel of “Samsara”. Ailton Krenak reminds us that, between the two points of the aforementioned duality, perhaps the first move to make is simply to accept, and thus to be able to go in search of the medium (which is not neutral), to be able to continue telling more stories, and practising ways to expand (and maintain) the being.