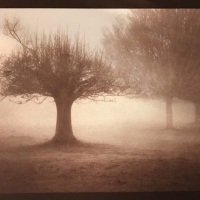 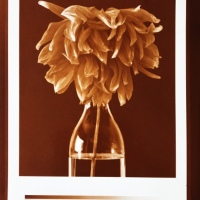 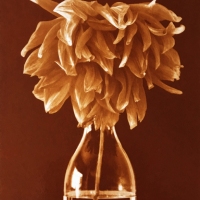 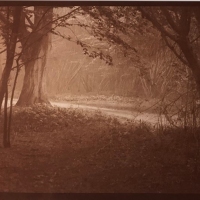 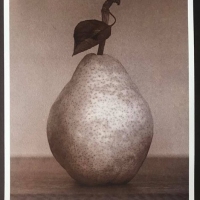 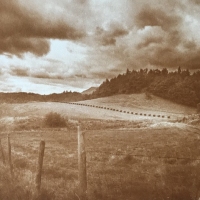 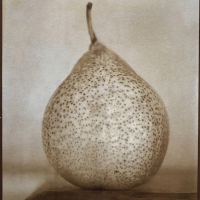 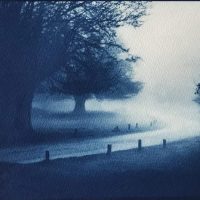 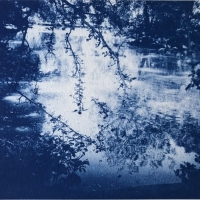 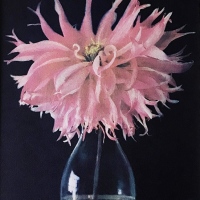 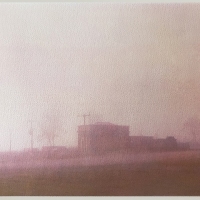 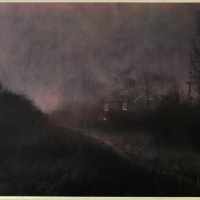 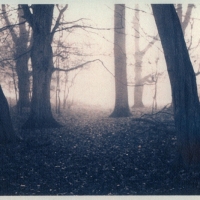 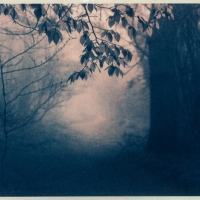 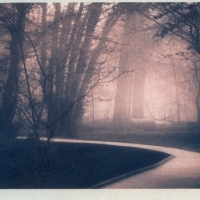 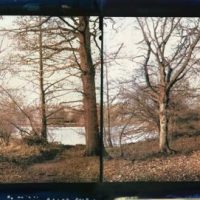 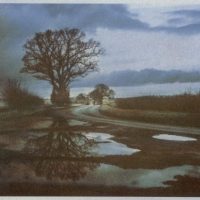 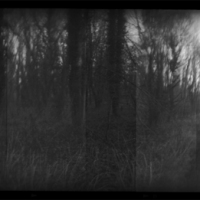 Ian Phillips McLaren, British artist originally from Scotland now living in East Anglia, (just outside London). Ian shot fashion and portraits for over 20 years before turning his attention to Pictorialism. He creates images that have a quiet edginess and intensity with a painterly feel.

Although Ian embraced Digital and indeed some of his techniques incorporate it, he prefers to use film and tactile processes that requires a more disciplined, considered approach. By investing the extra time handcrafting his prints in Albumen, Gum Bichromate and Silver Gelatin, each image grows organically. No two prints will ever be identical, accidents create a new personal aesthetic and are celebrated.

Ian took the plunge into the world of photography in 1985 after buying a second hand camera from a pub hawker. He got bitten by the bug and read every photography book he could find and after taking a college course spent his days off experimenting with what he’d learned.

One of Ian’s first breaks came after being offered studio space in Glasgow artists’ co-operative, WASPS and his career took off. Two years later the BBC made a TV programme about him called ‘A style of one’s own’. He then became Artist in Residence at the Glasgow School of Art and in 1990 held an exhibition showcasing his art and life in Glasgow in its ‘City of Culture’ programme.

Soon afterwards Ian produced his first album cover for top 90’s pop band Wet Wet Wet, followed by a series of portraits for American Vogue. He moved to London in 1991 and quickly become renowned for shooting pictures of ordinary people, artists, and celebrity ‘A’ listers including the Spice girls, Justin Timberlake, Billy Connolly, Orlando Bloom and many other actors, comedians and pop stars.

His client portfolio included Chanel Four, BBC, Bank of New York, Vidal Sassoon and magazines GQ, Smash hits, Top of the Pops and Q. He has been featured in several media interviews including Kirsty Young’s programme for BBC 5 live.

In the last few years Ian has made a name for himself in the fine art arena, having been a four times nominee and recipient of an honourable mention in the world’s most prestigious International Photography Awards.

In recent projects such as ‘In the Mist’, started in 2016 in Hatfield Forest and his still lives in ‘Little book of Pears’ and ‘Dahlia Triptychs’, currently being curated for future exhibitions, Ian has turned his lens on the natural world, creating hauntingly beautiful studies that encapsulate the wonder he felt as a child moving from the big city to the Scottish countryside.

“Walking through forests and mists instilled a sense of apprehension in me. I always felt a presence of something bigger and greater than me and that I’m not alone. I’ve tried to capture and project the essence of these feelings into my prints and am fascinated by others’ reaction to them – do they find them sinister, ethereal, magical or calming? My still life work is all about texture, density, mystery and the transience of life that begins and ends in beauty of some form.”