The Roma picture book Romano Bumburumbum is a collaboration by Akademia Pstryk, The Children’s Society and a group of 7 to 14 years old talented Roma children living in East London. We talk to Jacob Garber from the Childrens’ Society about the project. 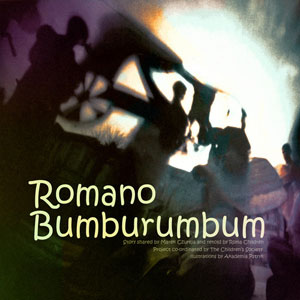 The Roma (Gypsy) children in the book Romano Bumburumbum are living in East London, but originate from Poland and Slovakia. This book is a first ever book illustrated by pinhole photography and teaching people about Roma culture.

1,500 copies of the book were given away for free at public events around London. Especially for these events, a horse-run caravan have been transformed into a big camera obscura pinhole camera.

How did the idea of the book get initiated, what sparked it off?

Jacob: “The young people we work with at The Children’s Society love creative projects and wanted a way of showing their culture to other communities. One of the dads of the families we work with is a brilliant storyteller and the young people decided that these were a great way of helping other people understand Roma culture.”

Roma people are the biggest ethnic minority living in Europe. They originated from India about one thousand years ago. Their culture is so rich with stories and songs that have been passed down verbally for generations that story-telling sessions can go on for many hours.  For centuries these stories have been told only to a chosen few, but now everybody has the chance to enjoy them. 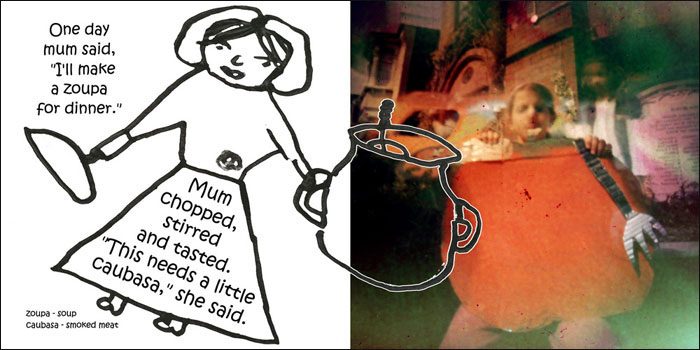 “Our group of Roma children has chosen to work with a traditional story of a family threatened by the mysterious Bumburumbum living secretly at the top of their house. One-day, mum sends her children to fetch the smoked meat from the attic for her cooking, but they don’t return and it is only when dad returns to a silent house that the Bumburumbum finally meets its match.” 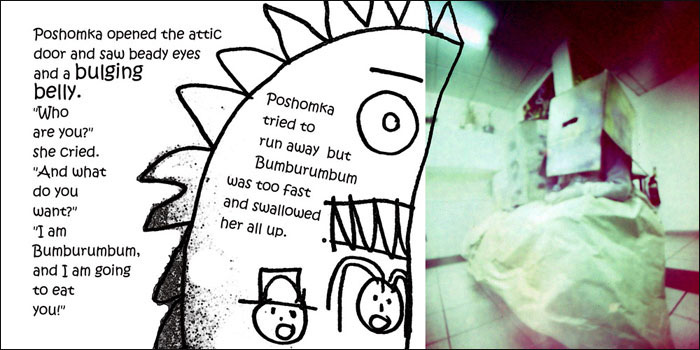 With help of Akademia Pstryk’s artists and The Children’s Society’s project workers, the group of young people have illustrated the story using pinhole photographs.  This little-known technique is not only a cheaper alternative to digital photography; it is also very environmentally friendly.  Using cardboard boxes, paper and chemicals no longer needed by professional labs, children made their own cameras and developed their own photos. In the midst of the credit crunch, the group is showing you don’t need expensive digital cameras to produce professional photographs.

After writing the book, do you feel it has fulfilled its purpose?

Jacob: “The book has been a great success. The young people have visibly grown in confidence. The book has piqued the curiosity of hundreds of people and in the conversations we had giving out the books with the young people, we saw how many people were eager to find out more about Roma culture.” 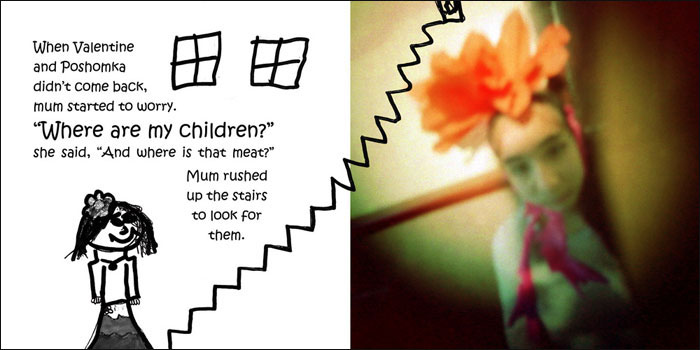 These young Roma are now ready to share their knowledge with the public. During Gypsy, Roma, Traveller History Month (June) they will be taking to the streets of Newham and the South Bank to give away copies of their books to parents and children as well as teaching members of the public how to do pinhole photography themselves. Especially for this events, the horse-run caravan will be transformed into the big camera obscura. 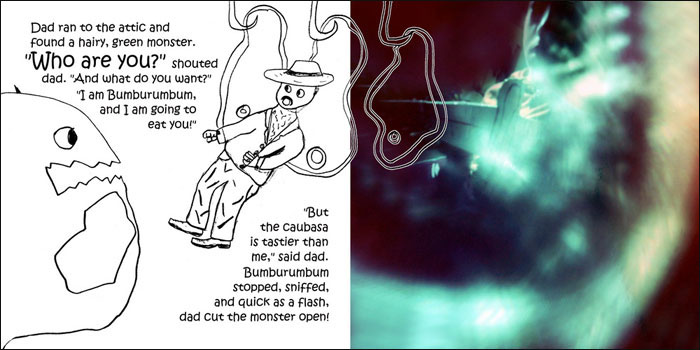 From the point of view of Akademia Pstryk, the project was natural continuum of actions Akademia Pstryk has been implementing on traditional Roma settlements of the Malopolska region since 2005.  This project is conceived to empower young people of Roma origin sense of values and give them possibility to spend leisure time in a positive way. The final part of the series of workshops in each settlement consists of a street happening which touches upon an important issue concerning the problem of the attempts how to get out of the traditionally closed Romani world without losing Romani identity.

“We believe that Romano Bumburumbum is not only a useful  resource to be used by all people working with Roma but it is also a nice, good quality, positive book  encouraging all children to read and developing their imagination.” 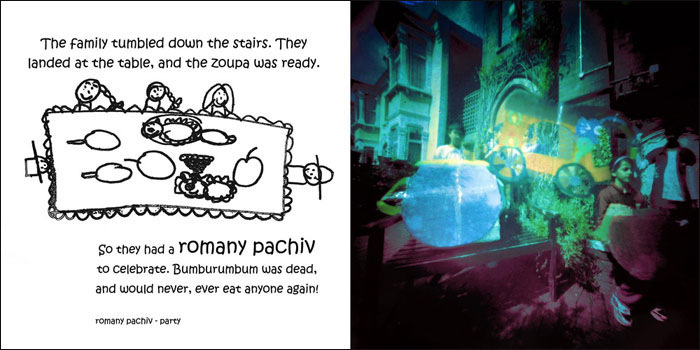 Akademia Pstryk is an art group using pinhole photography as a means of social change through empowering communities.  We run workshops where participants prepare photographic cameras from everyday objects and are
encouraged to follow their independent creativity.

The Children’s Society is a leading national charity committed to making childhood better for all children.  For 13 years we have been working in partnership with young Roma in East London on issues such as education, health and cultural awareness raising.

Are there any more books or projects like this coming up?

Jacob: “Yes – The Children’s Society is setting up a self portraiture project that will teach a group of young Roma women some professional photography skills and enable them to document their lives.”

The book is not for sale but you can download it free here. At the moment, we are working on next three Roma settlements in Poland hoping to prepare bilingual books in both Romani and Polish. 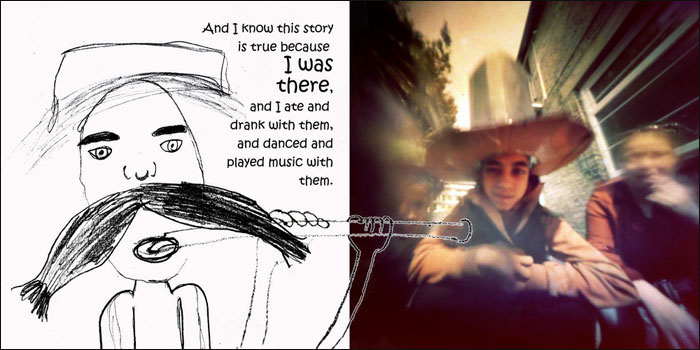 The Roma picture book project was financially supported by The Arts Council, the Consulate of the Republic of Poland and The Children’s Society. More information about Akademia Pstryk can be found on clickacademy.co.uk.You can also contact Marta on mkotlarska@clickacademy.co.uk.