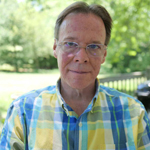 John Higbie, a professional photographer, works without using a negative at all for his platinum-palladium prints.
From: Ypsilanti, Michigan, USA.
Shows: Platinum/palladiums. 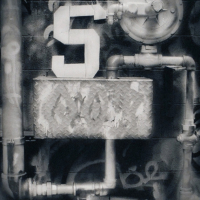 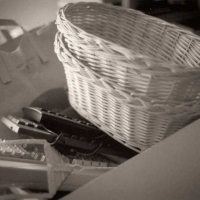 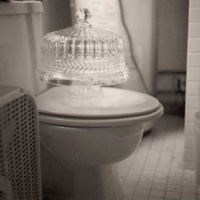 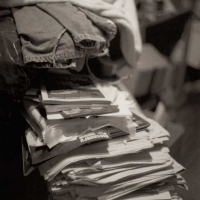 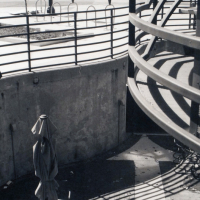 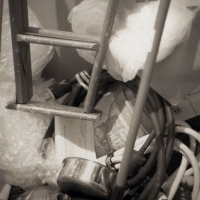 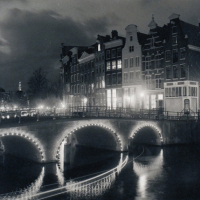 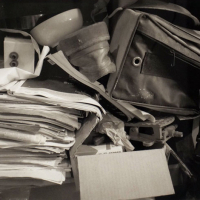 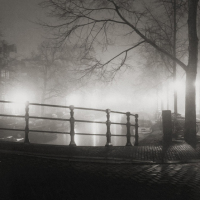 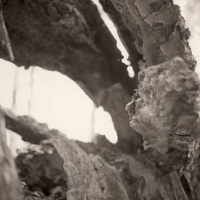 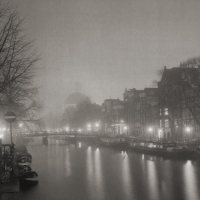 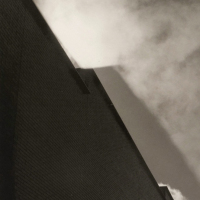 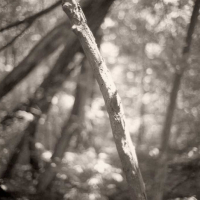 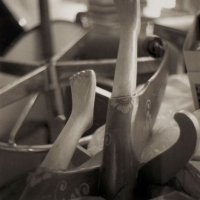 John Higbie has had a lifelong interest in photographic technologies. He worked in Hollywood for 25 years, specializing in engineering and shooting with robotic camera systems for live-action, visual effects, and stop-motion animation. He began his career in the analog era of film and was an occasional accomplice in its transition to digital. John Higbie recently brought his robotics and photographic skills together to create a laser-based printer for exposing platinum-palladium prints directly from the digital file without the need for a negative. The prints you see here were all exposed on that machine.

John Higbie’s own photographs often explore the never-ending conflict between human will and entropy. His camera thrives amid the barely-controlled chaos of urban decay, neglected spaces or ancient cities. These environments, rich in textures and shadow domains, are revealed afresh in the long tonal curve of the platinum-palladium prints. In this way, the print medium exerts its own will upon the images, but the results do not necessarily go according to human plan – there are good and bad surprises. Ultimately, therefore, Higbie’s work mirrors his subjects. For while the photographer has his own tools-weapons, every day in the darkroom reminds him that he is but a humble negotiator.

He is currently based in Ypsilanti, Michigan.

“Art is communication by other means.”