Sean MacKenna (1932 – 2012) was a widely respected practitioner of wet plate since 1999 after falling ill and being unable to work in civil war reenactments. He was a generous man who gave and taught many. He passed away in 2012.
From: Born Ireland, lived in London, UK.
Shows: Ambrotypes, Tintypes / Ferrotypes, Wet plate collodions. 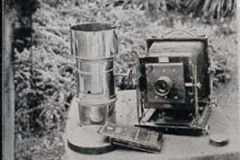 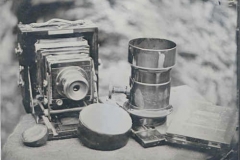 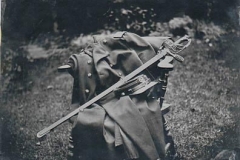 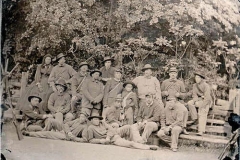 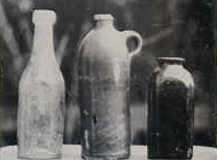 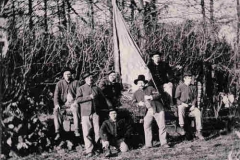 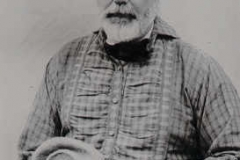 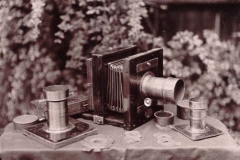 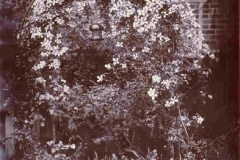 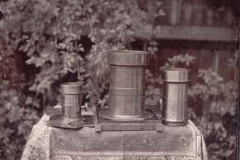 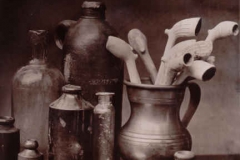 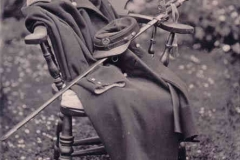 Sean was a retired archaeological conservator, although in a much earlier era he worked as a photographer. Way, way back in the 1950s he started with Jeromes, a long extinct chain of London portrait studios, and then at all kinds of photographic work including holiday camps. Sean finished up as a lithographic camera operator. Thirty years ago he changed course and became an archaeologist and as he had a chemistry degree eventually became a conservator specialising in Roman painted plaster.

Sean started working in the Collodion process, and after a great deal of difficulty finding the necessary chemicals, particularly collodion, he managed to make his first successful ambrotype in September 2000. Sean spends much of his time making cameras, finding suitable lenses and making all the necessary ancillary equipment.

“The great disadvantage for the modern collodion worker is that everything you need for coating, sensitising, and processing has to be made up by yourself, there are no kits available. The would be photographer in 1860 could go in to a photographic stock holder and buy everything he needed, equipment, chemicals and materials.”

Sean received a great deal of help from Mark Osterman of George Eastman House, who was extremely generous with help and advice. He also supplies a first rate manual for the process.

Sean re-enacted, for a number of years as a Union army officer. He eventually became commander of the Union army in our society (SOSKAN). In 1999 he was very seriously ill and feeling no longer able to carry on as a soldier decided to take up wet plate photography. So, it was goodbye Major Sean MacKenna and hello Professor MacKenna, Photographic Artist.

More about Sean:
Articles by Sean