During a recent week in London, Nancy Breslin found lots of photo shows to love. 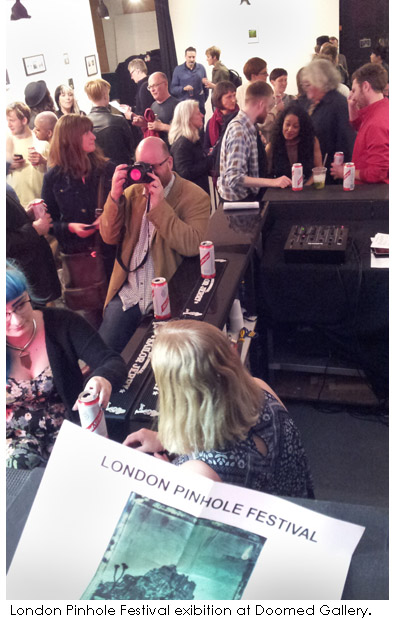 Doomed Gallery, Dalston was the place to be on April 24. The second annual London Pinhole Festival included an exhibition in this quirky gallery. The show, curated by Melanie King and Ken Flaherty, drew submissions from near and far, and featured images large and small (including some 6×6 contact prints), in black and white and color. Exhibited prints used a variety of processes, including inkjet, silver gelatin, c-type, and dye sublimation on metal. A lively crowd of pinhole enthusiasts mingled and enjoyed the work while Sheila McKinney did her best to keep the guests from disturbing the homemade cameras placed around the room to capture the festivities. The event also included pinhole portraits by Mike Crawford and a matchbox camera workshop lead by Ky Lewis, and ran from April 24-27. This was timed nicely to overlap with Worldwide Pinhole Photography Day which was celebrated this year on April 26.

London has several ongoing shows on that would be of interest to alternative photographers. Salt and Silver at the Tate Britain includes work up to 1860. While the sharpness and detail of Daguerreotypes made them initially more popular than Fox Talbot’s paper negatives and prints, the use of silver salts on paper had its adherents. While transitions to waxed and then glass negatives brought increasing sharpness, the softness of the early prints lends a special beauty. Some images from the exhibition can be seen at http://www.tate.org.uk/whats-on/tate-britain/exhibition/salt-and-silver-early-photography-1840-1860. The show runs until June 7.

A show at the V&A called The History of Photography: Series and Sequence, includes work from the 1840s to the current day, united by the photographer’s choice to work repetitively. Eadweard Muybridge, anyone? The museum has such a wonderful photo collection, and this is a thoughtful way to present a historical cross section. It runs through November 1. 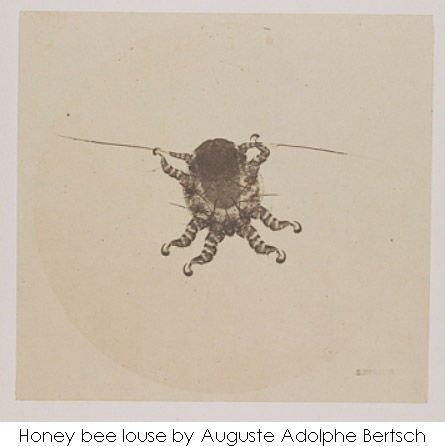 The nearby Science Museum has a show on photographic experimentation, as it has served both art and science. Called Revelations: Experiments in Photography, it spans the history of the medium and includes many of the usual suspects, such as more Muybridge and some high speed photography by Edgerton. There is much for an alternative photo fan to enjoy. Some of the older work looks strikingly modern. e.g. Johann Böhm’s use of magnets on iron shavings to create gem-like, abstract cyanotypes. The strange beauty of the microscopic world is revealed in salt prints by Fox Talbot (diatoms) and Auguste Adolphe Bertsch (honey bee louse) and gelatin silver prints by Carl Strüwe (water fleas). The otherwise unseeable was captured by Berenice Abbot (wave forms) and Arthur Worthington (crowns of splashing milk, decades before Edgerton). There is also contemporary work, the best of which riffs on the old. Hollis Frampton and Marion Faller staged Muybridge-like studies, humorously substituting vegetables for locomoting people or animals, while Ori Gersht fused Fantin-Latour and Edgerton with the result being an exquisite flower arrangement frozen in the midst of exploding. The show continues through September 13.