Ian Parker at LightMeasure.com builds and sells a one-of-a-kind UV meter, designed specifically for artists who work with UV-sensitive media.

Once established your “target UV dose” for your light source/medium combination of choice in the usual manner (using test strips), making further prints – even later on – is easy: you simply use the meter to monitor the quantity of UV radiation received during the exposure step and stop when you reach your target dose. Especially interesting for exposures under sunlight (of essentially variable intensity under our latitudes).

The PPM2 sensor measures only the UV wavelengths between 350 – 490 nm while not responding to visible light. 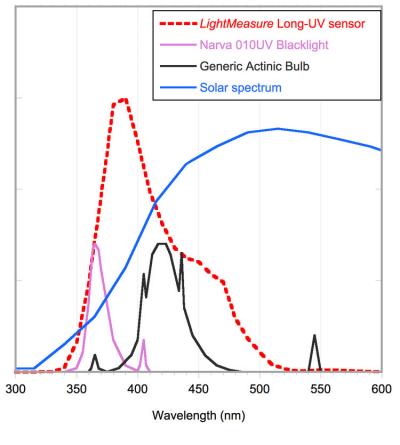 Several members of the Picto Benelux group purchased one, tested it, and have found that the meter is working well, is user-friendly and well built.

An interesting application of the lightmeter from René Smets

René Smets had been looking since – quite some time – for a simple but efficient method of exposing his collodion plates and his daguerreotypes when shooting outdoors. Both techniques require long exposure times, which can cause problems when clouds are causing important light fluctuations…

He did the following test with this meter.

First a number of exposures with his usual method:
ISO set to 6, aperture to 8, measured light 8 EV. The exposure time giving correct plates was 3’25″…

For the following exposures, he fixed the light meter’s sensor near the lens, started the meter at the beginning of the exposure, and let it run for its duration.
Result: At the measured intensity of 169 and for the exposure time of 205 seconds (3’25 “), the plate received a UV dose of “35”. 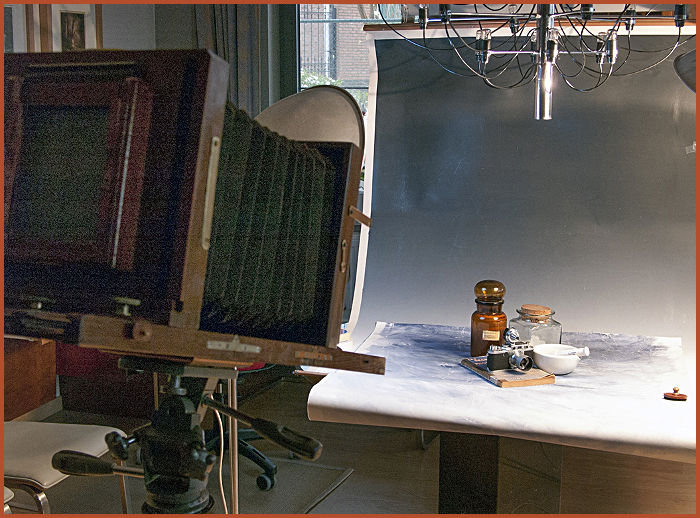 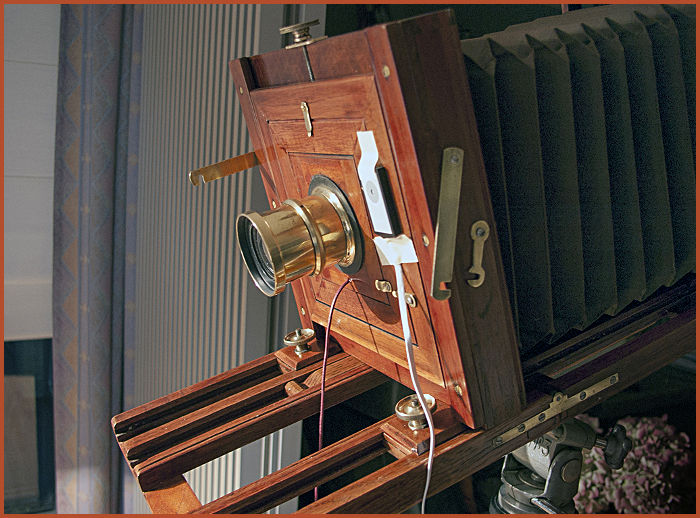 Next, a plate was exposed, regardless of the exposure time, until the dose reached the number 35 (the “target dose”). This plate was also correctly exposed.

For the next shot, in order to simulate completely different light conditions, a facial tanner was added to the lighting used. The measured intensity was then 226 instead of 169.
The new plate was exposed until the previously defined target dose (35) was reached. This required an exposure time of 156 seconds (instead of 205 seconds without the facial tanner). This plate was also perfectly exposed.

René’s conclusion of the UV lightmeter

This meter is a great help, especially when the lighting is unstable, and you want to do wet collodion or daguerreotypes on the outside. I am very satisfied with this purchase and this investment, which will save me a lot of trouble. 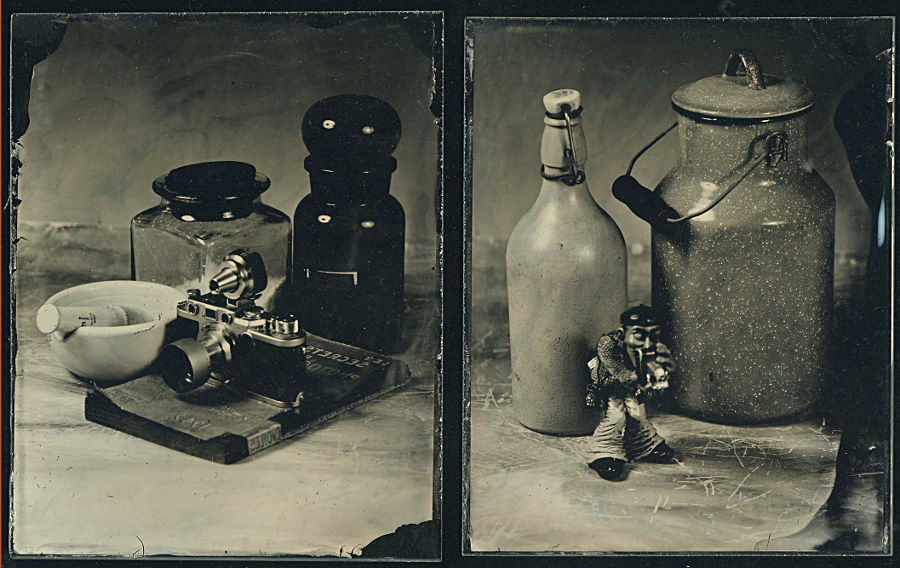 For one of the tests, the sensor was placed in a lightbox (face tanning lamp), and only then was the light switched on. This highlighted how those bulbs work: the light intensity shows a continuous and almost stable rise. After 3 minutes the lamps were still heating up, which means that their frequency and thus their output continued to change. After letting the lamp warm up first for 5 min., and then exposing for 3 min., the intensity was still increasing during these 3 min. by about 3%. All this shows also the high photosensitivity of the device.

The most important thing about such meters is repeatability. The same numbers should be obtained, for example, with repeated identical exposures/measurements. That was the case here (5x exposure/measurement cycles).

When comparing two meters with each other, they won’t give quite the same values. That’s normal, and the manufacturer mentioned that the units are not calibrated in engineering units of luminous flux. The difference between different meters was around 4%, but these 4% remained constant. For our use, as one usually only works with one and the same measuring device, this is absolutely no problem. But if you want to exchange exposure information (when discussing a process with other photographers, for instance), you have to keep in mind that there may be small differences.

The sensor must be well placed. If it is not exactly aimed at the light source, there will be immediately a difference in the results.

Other uses for the UV-meter

Measuring the light distribution of the light box. One can see how the UV light illuminates not only the center, but also the corners, and how important is the fall-off.
René Smets, a prominent member of our group, used it as a light meter for his wet collodion and daguerreotype outdoor shots, placing the sensor on the camera lens, and is delighted with it. Once the target dose for his plates is determined, sun variations during exposure are easy to handle.

So, the general impression is very positive and the buyers are very satisfied. In short, they consider it as a good and useful tool.

Jacques Kevers is a Belgian photographer aiming at being an “emotion transmitter” rather than an “images creator” His tools: an enlarger, UV lightbox, baryta papers, and various historic photographic processes. Website photo-expression.be.
Jacqeues is also the founder of the Picto Benelux group, an alt.processes group with about 50 members their website Picto.info can be found here.