Photography is as widely diverse as it is a generic medium by which imagery can be exploited and used in various ways but traditionally for the most part lacks the “hands on feeling” that is imparted and treasured in so many other artistic endeavours such as painting, printmaking sculpture and ceramics. 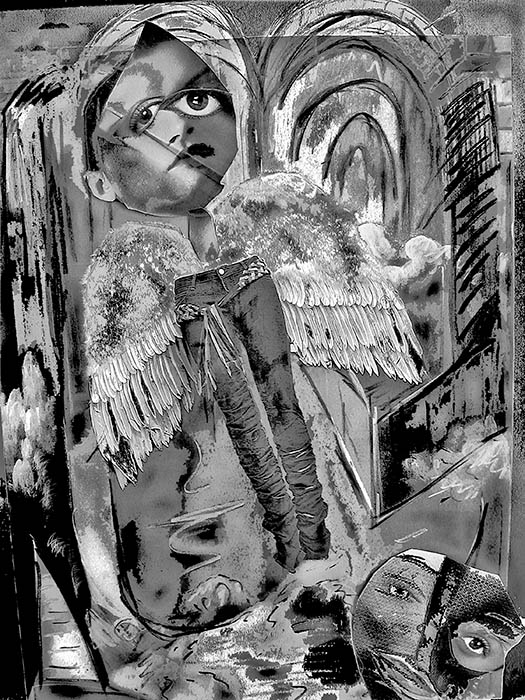 This is in no way to take away from the photographic process because in and of itself photography is and will probably always be a medium that contains an aesthetic quality that is unrivaled in its diversity not to disregard its particular Zen elegance and simplicity.

I love photography and have been involved with the medium for close to thirty years as a commercial and fine art photographer, but have never been so enamoured as I am today working with photography in the printmaking arena. The printmaking medium is the means by which the photo-sensitive polymer plate is used to access a whole new bag of creative tricks.

Printmaking is diverse in tools and modes in which to finalize innovative concepts and imagery. The freedom I have gained working with photographic imagery using light-sensitive polymer plates in conjunction with the Printmaking process allows the all important personalized artistic touch to be more easily facilitated and hence realized. The integration of photography and printmaking Photo-printmaking, initiates the creation of an artistic dialogue that enables the sum to be greater than the parts. Creative process in regards to the particulars’ of a medium is greatly influenced by the way in which one interacts with materials, tools and techniques innate to each particular medium.

“The negative is comparable to the composer’s score and the print to its performance. Each performance differs in subtle ways.”

This particular quote is one of many by the great visionary Ansel Adam‘s and it sums up the relationship between the photographer and the image finalized during the printing process. Today, using digital capture and inkjet printers there is now a complete absence of any hands on interface between making the photograph and the final artifact, the digital print. Photoshop is an extremely powerful tool that enables the photographer to interact  more precisely while fine tuning photographic imagery than was ever available historically and has exponentially stimulated the evolving sophistication of photography. The fusion of digital photography with all its complements into the printmaking realm creates the perfect balance of advanced imaging technology with an age-old hands-on archival fine art process, Printmaking. The bridge that facilitates the synthesis between these two processes is the photo sensitive polymer plate which grounds the digital workflow into a medium that supports the all important expressive aspects of creatively interacting with materials during the printing process as we could when using the Traditional Darkroom.

Printing in the Traditional Darkroom is a hands-on process allowing the artist a tangible interaction with the medium promoting the ability to impart an aspect of his or her energetic finesse to the final interpretation of the print. The tactile stimulation that one engenders while interacting artistically with medium stimulates our fundamental creative dialogue enticing the muse to bring forth her magical gifts.

Digital imaging is a great boon and advancement in regards to photography today but it has created a chasm far greater than the one that existed before when there was only traditional photography using films, developers, toners etc. The ability to take digital imagery into a medium that is an archival fine art medium as diverse as printmaking makes it a perfect marriage for the photographic arts. Today there is a revival of alternate printing mediums in the photographic arts among them are Platinum/Palladium, Van Dyke, carbon printing, collotype, cyanotype, gum bichromate, etc. All of these photo reproduction process are wet darkroom processes that encourage the artist to interact in a corporal manor during the interpretive printing stages of the image much more so than what is possible with direct digital imaging.

From my personal point of view, today with the introduction of photopolymer plates that are non toxic as well as having the ability to reproduce photographic imagery on a scale equal with the finest gravure prints, grounded within a traditional fine art medium such as printmaking makes this a stand alone choice for those wishing to get there hands, heart and souls deep into the creative process of printing the fine art image.

Polymer gravure, like traditional gravure, allows the artist to create prints of unrivaled quality. Photogravure prints have a long elegantly smooth tonal range. The unique quality imparted by a gravure print is due to the way the plate holds a large degree of ink which it imparts through great pressure to fine paper via an etching press. This subtlety of tone, beginning with soft highlights and continuing without a break evolves through a succession of grays ending in a rich black. Many artists have followed in the footsteps of the photogravure process; among them are Alvin Langdon Coburn, Edward Curtis, Paul Strand, Brandt and Brassai. Photopolymer plates lend themselves in many diverse ways in which to approach and interact with imagery. Photoshop is still a key factor in tailoring photo images for the polymer gravure process in a creative sense, as well as allowing for the facilitation of making the positive transparency fit the contrast range of the polymer materials.

The positive is facilitated in the same way as using digital imaging to enlarge negatives for alternative processes. This process is covered in a book by Dan Burkholder “Enlarging the Digital Negative“. Photopolymer materials extend the possibility to the artist to create elegant gravure type images or step into the world of creative photo printmaking with digital imagery finalized in an archival fine art medium.

Traditional photogravure is a complex technique. Working with gelatinous tissue, copper plates and etching in ferric chloride add to the intensive labor and high technical skills necessary for the process. Photo Polymer gravure is also an intaglio process implying the fact that incisions, depressions and recessed areas are the ink holding portions of the plate.

The photopolymer plate has a UV sensitive emulsion. With these plates, water is used to etch into the surface after the emulsion has been exposed through a film positive. The polymer becomes hardened by exposure to ultraviolet light. When the plate is developed in tap water the highlights which have less density on the positive transparency receive more light during the exposure and become harder relative to the less exposed areas hence the highlight portions of the image are less affected than the shadow areas during the etching process. The deeper etched shadow portions of the plate hold more ink thus  printing darker values than shallower etched highlight areas. Unlike many of its predecessors the polymer gravure process is a “safer” process in regards to health issues.

Polymer gravure is fundamentally different than traditional photogravure not only in regards to the toxicity found within the traditional gravure process in the past but also with its ease of use.

Today it is possible to buy photo-sensitive polymer plates, or films, which can be processed simply using plain water creating an etch in the surface of the plate allowing for the image to be printed on a wide range of fine art papers. The variables one encounters using plates, inks, papers, presses, and other various printmaking techniques allows a welcomed flexibility enabling the artist greater possibilities to exhibit his or her personal sensitivities. 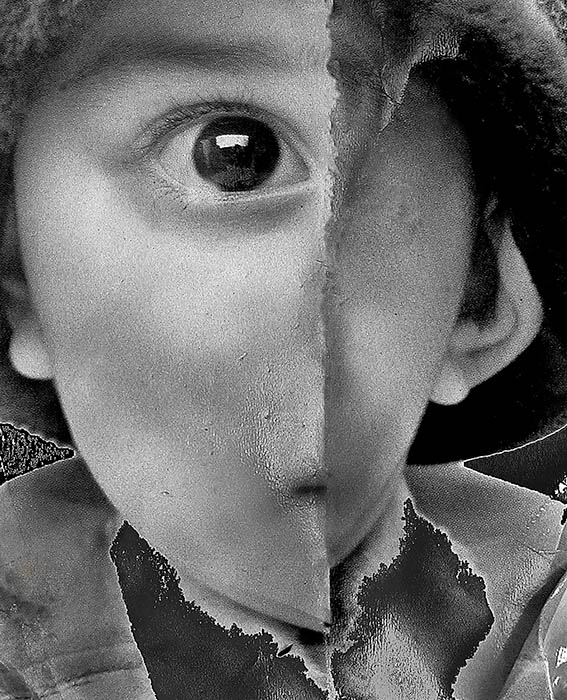 After finishing with the Photoshop aspects of image tailoring and the positive transparency is processed one has the possibility to work on the positive with ink washes, litho crayon, or other textural materials to add creative affects if so desired. The incorporation of hand drawn or scanned imagery into the polymer gravure process gives the artist continued possibilities to affect the final feel and content of his works. The possibility of adding a second plate to produce a duotone, incorporate collage, monotype or re-work the final printed surface with charcoal and pastel gives the artist the ability to more readily impart his personal touch to the final work of art. When the print is finalized it needs to be air dried, flattened and then numbered as to the edition and signed by its maker.

I have been interested throughout my photographic career in diverse ways in which to express myself and in so doing, I have become aware of the ways in which medium affects creative process and the final result of ones work. For many years I have also been sculpting and casting in bronze as well as working with ceramics. The diverse applications of my personal artistic endeavours have helped me to realize that tools, medium and the way in which one interacts and relates to variables within an artistic context plays a key role to the feel and production of creative works. Artistic endeavour is a means of expression and communication by which the artist’s interaction with his subjective reality is realized in an objective form through the interaction of tools and medium. When one enjoys the process chances are more than not that one will enjoy the results.

Feel free to contact me when the inspiration strikes!

David is living in Tuscany, Italy, teaching photographic and Polymer Gravure workshops from his home and studio in Tuscan Light Photographic Workshops. Take a look at David’s website for more information on his workshops.

Suppliers of chemicals and materials for the process:

Printmaking in the Sun

by Dan Welden and Pauline Muir

Covering the solarprint, or the photopolymer process, an inspiring read!

Plates can also be bought from Solarplate.com