JE Piper has learnt how to make cyanotype negatives in-camera. He shares how it can be done. 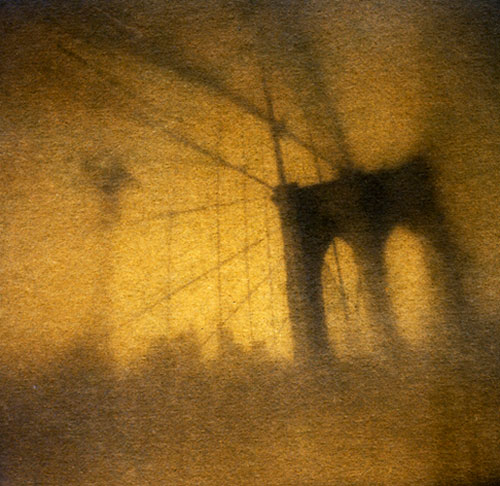 I have been making cyanotype prints for many years and, at one point, I became curious to see if the process could be used as an in-camera medium for negatives. I tried leaving a piece of paper coated with cyanotype emulsion in a view camera with a fully open aperture, but after an entire brilliantly sunny day of aiming it out the window, there was still nothing but blank paper. That pretty much ended the experiment. 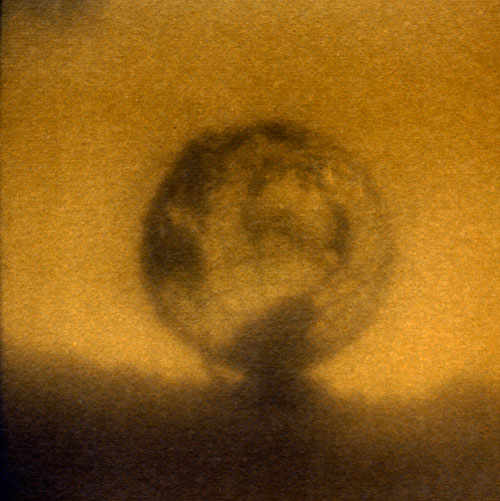 Nonetheless, during Soho Photo’s Krappy Kamera Show in 2007 here in New York City, I was quite taken with a print by John Beaver, a physics professor at the University of Wisconsin (so much so I wound up buying the photo). He had devised a way to use cyanotype emulsion on paper as a negative material, scanning the resulting image into Photoshop and hitting the invert tab to make a positive. Of course, the light and dark areas of the image reversed themselves, but the inverse of the cyanotype’s Prussian Blue translated into lovely amber and sepia tones. There was also the appeal of combining an antique analogue process with digital technology for a uniquely artistic result. 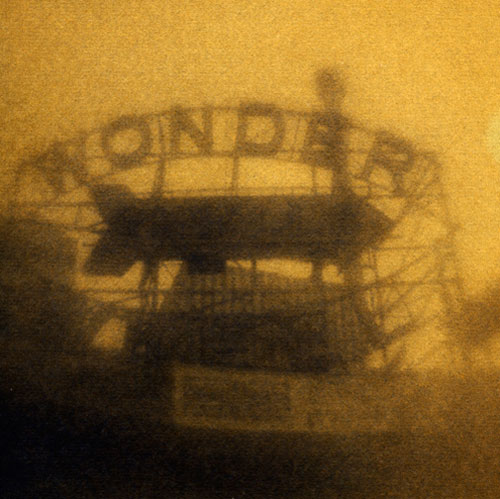 Dr. Beaver was kind enough to tell me how to make the cyanonegatives, as he calls them. First of all, one needs the widest aperture possible with a short focal length — a magnifying glass works well. I fashioned some cameras out of foamcore and eventually made scores of cyanonegatives, while trying to quantify the process for consistent and somewhat predictable results. As it turned out, I came to favor a lens assembly made with a glass bubble that could focus light, instead of a conventional lens. 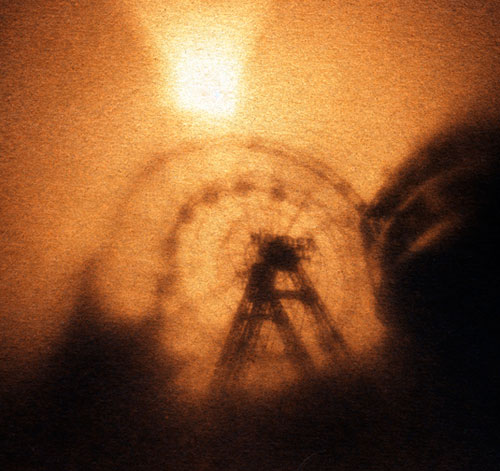 I’ve always preferred the traditional cyanotype formula for printing, but the new Mike Ware formula is integral to making these negatives, since the older method is too slow and the image washes away in development. Exposures need to be made in bright sunlight, taking at least forty-five minutes to an hour for each one. Different effects also come with using different papers for the negative, in addition to using lenses of varying quality. I much prefer introducing variations into the process either optically or chemically, rather than manipulating the final image or colors too much in Photoshop. And now I’m starting to wonder whether the negative itself should be the final product, rather than the Photoshop-produced image. 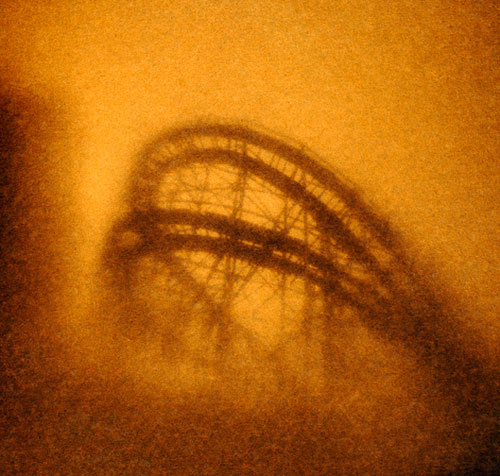 What I like best about cyanonegatives is that this is photography as a truly artistic medium from the ground up. I not only make the cameras, but I also make the negative material, and I’m totally in charge of the entire process — if I could figure out how to grind my own lenses, I’d be doing that, too. In addition, by making the cameras and mixing the chemicals from scratch, one vicariously experiences the excitement and sense of discovery that early photographers must’ve felt in the 1840’s, making cameras, exploring their processes, and perfecting their images.

JE Piper is a native New York City photographer and artist focusing on the city’s vernacular architecture, working predominately with pinhole cameras and alternative processes, as well as conventional digital and film cameras.