Fabio Giorgi has found a way of making negatives as lumen prints. 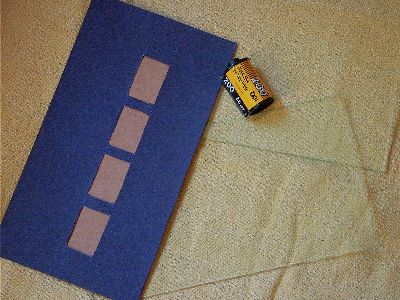 Probably one of the major drawbacks of most alternative photography processes is that each print made cannot be exactly reproduced. This is especially true when it comes to Lumen Prints. The only way to get more than one of any print is to scan it and then make as many copies as you like, but that is, perhaps, a bit away from the philosophy behind alt photo practice – not to mention the ever present temptation to digitally “better” the image.

With that in mind, and after witnessing two of my friends argue over who would buy one of my lumens, I decided to try an idea I had in store for some time. 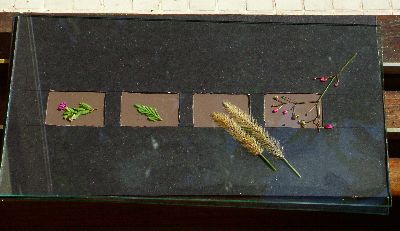 Assuming that photographic paper and film are basically materials coated with a photosensitive emulsion, there would not be any problem in using with film the same steps used to make a lumen print and, by that creating a Lumen Negative.

After cutting some frames in a black cardboard paper and picking up some plant parts, I used a Kodacolor 200 to make a first test. (If you want to give it a try, be sure not to forget a pair of tweezers, it gets very hard sometimes to place small leaves over a 35mm frame.)

The film strip was exposed 25 minutes to direct sunlight and immediately fixed, with constant and gentle agitation, for other 5 minutes. The fixer was diluted 1:2. (Although Kodacolor is C-41 process film, I used a general purpose black and white fixer.)

The prints were made by a commercial lab.

The whole thing is pretty easy and I don’t know if this has ever been tried before, (at least not in the internet), but I believe there’s plenty of room to experiment with other types of films and toning techniques. 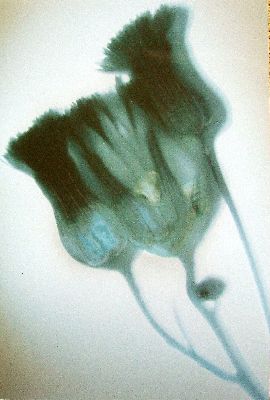 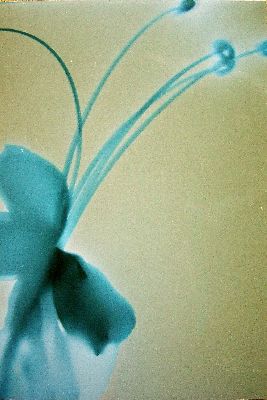 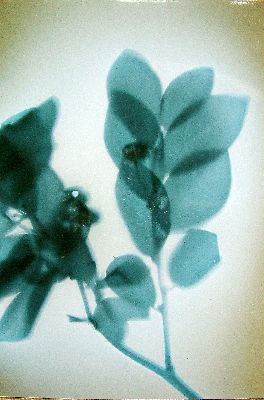 Fabio Giorgi is a lawyer that after 25 years of legal practice had the chance to see the light again, of a life long passion in photography.