Mike Ware introduces us to the iron based alternative processes – from it’s birth to present time.

In the dawn of photography, it was far from obvious which light-sensitive substance might lead to success in developing the new art-science. Sir John Herschel, one of its pioneers, wrote in 1839.

Sir John Herschel:…I was on the point of abandoning the use of silver in the enquiry altogether and having recourse to Gold or Platina…

Silver salts had shown great promise for recording photographic images at the hands of Herschel’s colleague, Henry Talbot, the inventor of photography on paper; whilst in France, unknown to them, a different process for making exquisite silver images on metal plates had been invented by Nicèphore Nièpce and Louis Daguerre. Both the Photogenic Drawing and the Daguerreotype, as these processes were named, had their limitations. Aware of this, Herschel investigated many light-sensitive materials as alternatives to silver salts, including compounds of other noble metals, dyestuffs extracted from flowers and, most significantly, the iron salts of certain organic acids which occur naturally in the plant kingdom.

In 1842, Herschel discovered that light transformed ferric ammonium citrate into the ferrous state, which could then be used to make permanent images by reduction of a noble metal salt to the inert metal. Thus, he made contact-prints in gold, silver, mercury, and the pigment Prussian blue, which he dubbed, respectively: chrysotype, argentotype, amphitype, and cyanotype. A later innovator, William Willis, found a similar way to print in platinum and palladium, giving us the platinotype and palladiotype.

None of these iron-based monochrome processes, however, proved sensitive enough for the camera. It turned out that Talbot had been on the right track; his invention of calotype set photography on the road to today’s negative-positive process, in which the chemical development of a latent image in a silver halide emulsion achieves a photographic speed sufficient to capture the camera negative ‘instantaneously’.

The printing of a positive photograph from a camera negative is more leisurely than negative-making, because lengthy exposures are no limitation, and light sources can be intense. So for this purpose the slow contact-printing processes devised by Herschel are brought back into play, and some were accepted into 19th Century photographic practice, when popular negative formats were much larger than today. But, early in the 20th Century, the evolution of miniature camera formats made image enlargement a necessity, calling for the more sensitive gelatin-silver halide development papers. Thus, a major manufacturing industry was founded, which soon dominated the commercial photographic market, forcing the iron-based processes into obsolescence. Ironically (!), the practice died out completely in its birthplace, Britain. But, in a counter-flow to the commercial stream, and driven by dissatisfaction with the increasingly limited range of surfaces and tones offered by the manufactured printing papers, a few dedicated artists in the USA re-discovered the iron-based processes and kept them alive in the intervening years by hand-coating their own papers.

Now, at the dawn of the 21st century, the ‘silver-gelatin monoculture’ of the photographic industry is, in its turn, succumbing to the commercial challenge presented by the new technology of electronic imaging. Photographers – both amateur and professional – are turning away from the 150-year-old traditions of wet and smelly chemistry in the darkroom, in favour of dry and odourless electronics on the desktop. There can be no denying that electronic imaging, digitally manipulated, brings great benefits in the ease and convenience of acquiring and transmitting pictures: it is clearly advantageous and economical for purposes where the image is essentially ephemeral. The problems of electronic imaging are long-term, arising from issues of storage, conservation and accessibility of the digitally-encoded files. How long will the re-formatting of entire digital archives be sustainable to keep pace with the frequently-changing high-technology of the computer industry? In contrast, the traditional photographic negative can be stored, handled, and re-printed anywhere, at any time, with only the most basic technology.

As commerce withdraws its interest from photochemical image-making and re-invests in electronic media, the traditional practices of analogue photography will revert into the hands of those with whom it began – or rather, their spiritual heirs: the dedicated photographic artists, experimenters, and craftspeople. It is very hard to replicate the multi-layered, silver-gelatin printing papers manufactured by the industry, which may soon vanish altogether in the 21st century. Rather, to make permanent photographic images in the future, we may prefer to turn to the simple and beautiful alternative processes.

The chief difference between making an iron-based print and using the silver-gelatin product lies in the hand-crafted aspect. Alternative printers are rewarded for their labour (which is considerable!) by the satisfaction of being true to their materials. Hand-made plain-paper prints distinguish themselves from silver-gelatin by the absence of any binder layer. The image resides within the surface fibres of the sheet, and its matte surface acquires a tactile quality akin to an engraving or a water-colour. Connoisseurship can tell if a print is a good work of art, but can rarely say whether the print is also a good work of science. I believe that artists deserve the best science. To perfect these beautiful processes calls for a degree of scientific professionalism no less than that which has been devoted to the commercial photographic medium. 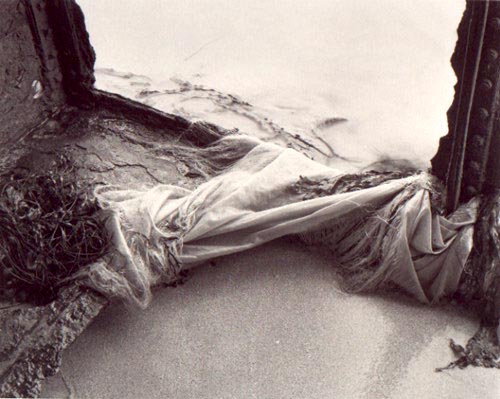 In 1873, William Willis, searching for a solution to the problems of impermanence of silver images, devised a means of printing in platinum. Willis devoted a further 20 years to improving his platinotype process, founding a company to manufacture the coated paper in 1879. By the late 1880s he began to enjoy a commercial success, which reached its zenith around 1900, when more platinotypes could be seen on gallery walls than any other process. The ‘platinum age’ enjoyed a lamentably short life; its end came with the First World War, when the use of platinum as a catalyst for manufacturing explosives debased the metal to a ‘strategic material’. Its use for jewellery and photography was consequently banned in 1916, and the commercial manufacture of paper ceased. Willis valiantly responded with an analogous process using the related metal palladium, which is hardly less permanent than platinum.

Subtle quality, total permanence, and ease of working place the platinotype at the summit of alternative photographic printing. Platinum and palladium can yield colours ranging from blue-black, through neutral greys, to rich sepia browns. The tonal separation in the middle values is excellent, and great delicacy can be achieved in the highlights, imparting a beguiling luminosity to the print. This medium has in recent years enjoyed a renaissance, especially in the USA, because it evidently meets an aesthetic need in some people’s expressive work. In collaboration with Professor Pradip Malde in the mid-1980s, I developed a modern printing-out method of platino-palladiotype that is economic and reliable, enabling a consistency of working that had been difficult to achieve with traditional process. 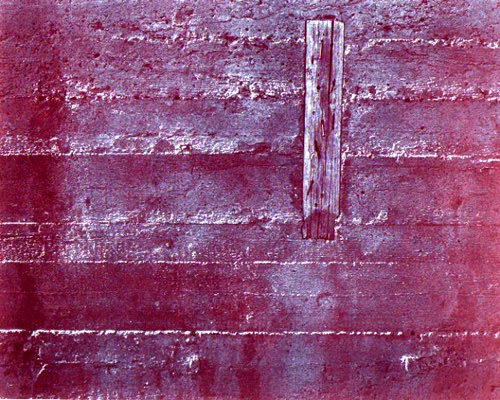 Sir John Herschel’s embryonic chrysotype process never reached fruition, owing to problems of fogging and excessive contrast. Sporadic attempts to tame this elusive process proved unsuccessful, and all the leading authorities of the 19th century discounted the feasibility of gold printing. However, gold did find use as a toner for silver prints when the issue of permanence was paramount. Compared with the analogous platinum or palladium compounds, gold salts are harder to use in an iron-based sensitizer because their oxidising nature needs to be tamed by some modern chemistry.

My new chrysotype process is possibly the first chemically novel method of precious metal printing to be invented since 1900. Chrysotypes can yield a wide range of colours, including pink, magenta, brown, purple, violet, blue or green, which offer the possibility of matching the colour of a monochrome print to the expressive intent of the artist. The various colours are due to differences in size and shape of the colloidal gold particles, which absorb and scatter different wavelengths of light. The particle size is, in turn, controlled by the chemistry of the sensitizer and the conditions of processing. Chrysotypes are extremely light-fast and resistant to chemical attack; they therefore enjoy an archival permanence equalling or exceeding that of the platinotype, and share with this process the same characteristics of a perfectly matte surface and a subtle tonal gradation. 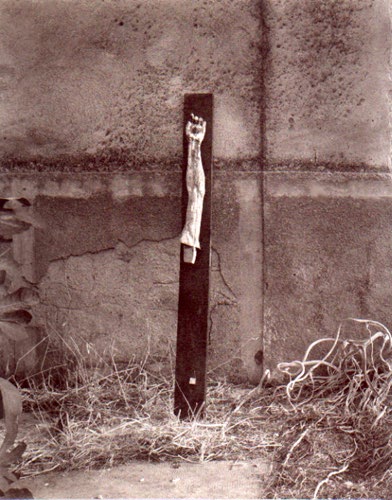 Since 1842, Herschel’s iron-silver process, the argentotype, has fathered many offspring, variously named Vandyke, kallitype, sepiaprint, and brownprint, which differ only in detail rather than principle. These brown silver images consist of metal particles much smaller than the black silver images of modern development papers. Tiny particles are inevitably more vulnerable because they present a larger surface area for attack by substances that oxidise silver.

Image above: Fragment from a crucifix, Sicily (Argyrotype)

The inherent problem of the iron-based silver processes lies in the danger of leaving residual ferric iron in the print – to its ultimate undoing, because ferric iron will oxidise silver with consequent degradation of the image. In the past, some of these recipes were said to be deficient in gradation and most have acquired a poor reputation for image permanence. I have added yet another version to the set, called argyrotype, which has been designed to overcome these objections in a ‘user-friendly’ way. 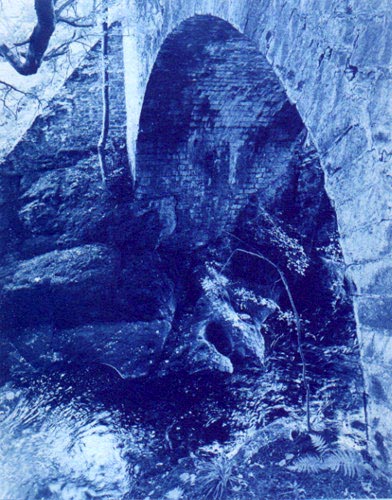 Herschel’s invention of cyanotype, or printing in Prussian blue, was at first taken up only by amateur botanists for plant illustration. Most notable among these was Anna Atkins who, from 1843 to 1853, hand-printed in cyanotype her comprehensive albums of botanical photograms of algae and ferns, which have become highly-treasured items in the early photographic canon.

Following Herschel’s death in 1871, cyanotype was usurped by entrepreneurs to exploit its potential as a reprographic medium. Their re-styled ‘ferroprussiate’ process found some use among photographers as a cheap and easy option for proofing negatives, but its major commercial market was for copying the plans in every drawing office, and it became the leading process for photocopying until the mid-1950s. Even in obsolescence it has endowed our language with an indelible new word: the blueprint.

The British photographic establishment has been reluctant to acknowledge cyanotype as a valid pictorial medium, thanks to the intolerant response of 19th century British critics to its powerful and uncompromising colour. Fortunately this prejudice did not prevail universally. In the USA, Canada, and France, there are substantial museum holdings of artistic cyanotypes.

Herschel’s original cyanotype formula has survived essentially unchanged for 160 years, due to its pleasing simplicity and economy; but I found it possible in 1994 to make some small improvements in the chemistry which confer greater speed, stability, convenience and quality on the process.

Lens-based picture-making with commercial materials, whether digital imaging or analogue photography, necessarily employs media that are designed to satisfy large markets. Inevitably, these media tend towards a homogeneity of appearance that dulls the edge of our appreciation of the photograph as an art-object. My purpose in helping to revitalize the iron-based alternative processes has been to enhance the richness and variety of the photographic medium. In the end, the aim is to place the choice and control of the print’s appearance where it properly belongs – into the hands of the printmaker.

Mike Ware is a british chemist and inventor of the New Cyanotype process – amongst others and an author of many books.

This article is re-published with kind permission from ephotozine.com magazine.

Papers to use for cyanotypes

2 thoughts on “An Ironic History of the Alternative Processes”