Photo-Imaging: A complete guide to alternative processes was recently published. It is written by photographer, teacher and author Jill Enfield. Ms. Enfield’s book is unique in that she tells the reader about these processes from her own personal experience of working with them, including “hands on” formulas and advice with each. Among others, the processes of cyanotype, kallitype, Vandyke, platinum, palladium and tintype are intricately explained. Ms. Enfield also provides tips on safety measures to take when printing with these processes, sizing, and coating the paper with one of the light-sensitive liquids used in the processes. Making the book even more unique is that all the illustrations are Jill Enfield’s own printed images. Most books on alternative processes use examples from several photographers.

Jill: “It was wonderful to have an excuse to be in the darkroom at all hours, but I never knew how hard it would be to actually write a book until I was immersed in it. All in all, it was a wonderful learning experience.”

Recently I had the opportunity to meet with Jill in her studio home in the Gramercy Park Area of Manhattan in New York City. First, I got a tour of her very spacious second-floor apartment where she lives with her husband and two daughters. It speaks of people who enjoy living with art. There is a lot of it on the walls including photographs by herself as well as Bernice Abbott, Tom Baril, O. Winston Link, J.H. Lartigue and a particularly wonderful image by an unknown photographer of Matisse gazing lustfully at his model. There is also a darkroom equipped with even a light box for her alternative process work. Today her darkroom is providing a nesting place for her four cats: Oreo, Creamsicle, Magic and the new kitten, Olive. In the living room we select a very comfortable sofa on which to sit for our interview. 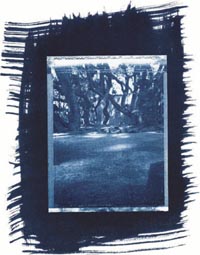 Like most people I know in New York City Jill is not a native. She has, however, lived in the city for over twenty-one years, and her daughters Eve and Sally were born here. Jill herself was born in Miami Beach on August 8, 1954. She is first generation German-Jewish-American and her father was born in Frankfurt, Germany. In 1933 at age 13 he was sent to London, England to escape the Nazis and World War II. While in London Jill’s father was trained by the Leitz family of Leica to sell their products. She compares the Leitz Family to the well-known Schindler because they also saved many Jews from certain death in the concentration camps. Jill’s grandfather actually spent about six weeks in a concentration camp but was fortunately able to buy his way out and take his other son and wife to England to be with her father. Ultimately, the family moved to the United States to a sister’s home in North Carolina and then to Miami Beach, Florida. There her father and grandfather opened a camera store, and of course Leica was one of their primary products.

Jill grew up in Miami Beach, and although she took the usual childhood snapshots, she had no major interest in photography until she was eighteen. It was then that she went to Europe with her sister and some friends. There was only one camera with a limited amount of film for everybody; many images she wanted to shoot had to remain conceptual. Immediately upon her return home she remedied the situation by requesting a camera for her birthday. This first camera was a Fujica, a simple SLR much like the popular Pentax K 1000. It was instant love, and she has been working seriously in photography ever since. However, when she finished high school, she did not immediately begin to study it. First, she went to the University of Arizona in the general curriculum. But she dropped out and went to Sun Valley, Idaho to take some photography workshops because the University of Arizona offered nothing in photography at that time. Then she went to Rochester, New York to take some courses at the Visual Studies Workshop with Nathan Lyon but says she was really not far along in her career to grasp how important it really was. She returned to Miami Beach and studied medical photography at Mount Sinai Hospital as a way to support herself. From there she followed her husband- to- be Richard Rabinowitz to Gainesville, Florida where he was in graduate school.

Upon moving to New York with him in 1981, she decided to return to school and finished her BFA in Photography at NYU’s Tisch School of the Arts in 1984. During her last semester there she took a course in alternative processes. Although she enjoyed the course, she preferred hand-coloring her gelatin silver prints. Then she was asked to teach alternative processes at Parsons and spent the whole summer re-teaching herself how to do them. She has been teaching the class since 1990, but it wasn’t until about six years ago that she actually began using alternative processes in her work. “I really liked the results my students were getting with the various process, and so I began with liquid emulsion on tiles and went on from there.” Jill relates that she loves the continuous learning aspect which teaching provides especially the give and take of working with talented students. Besides Parsons, she has taught alternative processes at The New School since 1990 and the International Center of Photography since 1995. Jill also teaches workshops as a part of the American Mentor Series as well as the workshop programs in Santa Fe, NM and Palm Beach, FL among others.

Jill has used most of the alternative processes as her book indicates, but she particularly enjoys creating cyanotypes which she often tones or combines with other processes. As mentioned earlier, all of the images in Photo Imaging – A Complete Guide to Alternative Processes have been printed by Ms. Enfield, and many of them are repeated in a different process. This prompts readers to try different alternative processes using the same negative or combining two processes with one negative. Jill doesn’t feel that the current revival of alternative processes is just a trend but a direction of photography which will always be used by some photographers. She sees its future as a combination of digital methods along with alternative processes. For instance, she uses Dan Burkholder’s procedure to create digital negatives which are given specific contrasts for whichever alternative process she is planning to use. Creating a negative using tools from the 21st Century to use for a 19th Century process is very exciting to her. However, a large number of her negatives are not digital, so Jill sees no reason to give up her darkroom equipment and go totally digital. She likes to utilize all possible tools to create her work.

Jill: “One of the happiest days of my life was to see the book finally in print, I have to admit I am driving my family crazy by going into stores to see it on the shelves.”

Jill told me that the color in her work has been most influenced by Andrew Wyeth and Edward Hopper. This becomes evident in the muted colors found in her hand-painted prints used to illustrate the book’s chapter on hand-painting. Some of her favorite photographers include Joseph Sudek, Bernice Abbott, Bea Nettles, Sarah Moon, Chuck Close and Sally Mann. When asked if she puts her daughters in her imagery like Mann, Jill replied that she rarely does portraits at all. She did show me one image in the book of Eve and Sally, but they are so far from the camera, that recognition is not possible. “My imagery just doesn’t involve my daughters,” she said, “however, I love what Mann does with her own children.” Jill’s photography has been exhibited in such galleries as The Washington Center for Photography in Washington D.C., the Sande Webster Gallery in Philadelphia, PA, and the Viviane Esders Gallery in Paris, France. It has also been featured in many publications including Shutterbug, Camera Arts and Zoom. 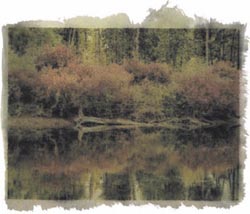 When asked about Photo-Imaging: A Complete Guide to Alternative Process, Jill relates that the book has taken approximately two and one-half years to complete. About three years ago she gave a lecture on hand-coloring at the Jacob Javits Center for Photo Expo (now called Photo Plus East). It was attended by Ms. Lauren Wendle of “Photo District News” and a good friend of Jill’s. She knew that Victoria Craven of Amphoto Books was interested in doing a book on alternative processes. She also knew that Jill teaches alternative processes at Parsons, ICP as well as the New School, and introduced them. Jill mentions that producing the book was a long learning process and so much more than just writing down the notes and recipes she had on alternative processes. Often she talks about mistakes through which she has gone both as a teacher and working photographer showing that her suggestions and recommendations come from first-hand experience. Although she had many hand-painted prints as well as some produced with liquid emulsion, she spent a year printing other images using alternative processes to use in the book. Some of the selected prints even include examples of mistakes she made to illustrate a point of what not to do. She says she was also fortunate that Amphoto liked her imagery and was very willing to use it exclusively in the book as long as she agreed. Undoubtedly, this made getting rights to the images much easier, but it also allows readers to sample her rich body of photography while learning the processes.

Robert is a New York based photographer working in the Cyanotype and other alt processes and an active contribtor of photograhic articles.

Jill – also from New York – works in the liquid emulsion, kallitype, platinum and palladium and other processes. Apart from writing she also teaches workshops.

Covering several techniques and even printing on ceramics.

A definite resource for mastering alternative photo-imaging techniques. Out of print.

Covering several techniques and even printing on ceramics.

A definite resource for mastering alternative photo-imaging techniques. Out of print.