The Macintosh and software such as Adobe Photoshop challenge fine art photography today as dramatically as the view camera challenged representational painting a century ago. 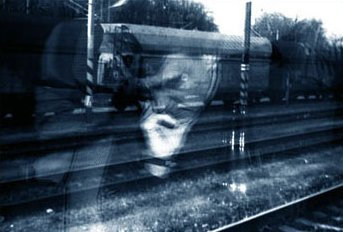 In reaction, some photographic artists shun technology of any kind, instead resurrecting tin type, daguerreotype, and other 19th-century “alternative processes” that render one-of-a-kind images, impossible to predictably reproduce.

Robert Schaefer, Jr. takes the best of both worlds.

For Robert Schaefer, Jr. computers and software help photographers expose their work to ever wider audiences, reduce exposure to toxic darkroom chemicals, and make it easier to stay connected with mentors and peers.

But they are never the starting point for Schaefer’s art. That distinction belongs to his vision and to the images themselves, which he composes in a viewfinder and brings to life in a darkroom.

“What I came to realize is that photography is the art of seeing. The computer allows me to implement my work in some ways much faster,” Schaefer says. “And to get it out to a much broader group of people. It does not give me ideas. Those I’ve already established long ago.”

If you talk with Schaefer about digital photography the excitement in his voice tells you right away that there’s something personal about his connection to the Mac. Before buying his first computer, he dutifully researched other systems. But, he admits, “Macintosh was my choice from the very beginning.”

Recently, Apple helped sponsor a 25-year retrospective of his work at the Huntsville (Alabama) Museum of Art, near Schaefer’s “teeny tiny” childhood hometown. “They had just built a huge new facility,” he recalls, “and Apple sent a computer and monitor down. It was an amazing show. I could not have done it without my Mac, and without email and the ability to send JPEG images of my work to the museum.”

For Schaefer the artist, the negative is the real thing. He avoids using computers and software to change composition and add special effects to an image after it has been captured by the camera. He believes “post-visualization processes” don’t reflect the visual insight that’s possible for anyone to experience in the real world, an underlying theme of his work.

“That’s really just lab work,” he says. “I mean, it is a vision but it’s not what anyone actually saw Y it’s what you’re manipulating it with. I’ve come to realize that photography is the art of seeing. And so I want to show the public a vision, but I want it to be a vision that they also could have seen.”

For example, if Schaefer is doing a portrait, he may have a set of props that he uses to add layers to a specific composition. “I’ll see how these props work as I’m looking at it. But theoretically any lay person could have also seen this. I’m not altering what I’m looking at through the camera. And that’s important.”

In 1997 Schaefer had a major exhibition of his work in Berlin. Preparing for the show, he looked for a way to blow up the small images in his cyanotype contact prints so crowds of people could easily view them. The solution he chose saved him hours of tedious darkroom work with unwieldy enlargements. He hired a company to digitally scan the cyanotype prints, then use ink-jet printing to create them on canvases as 16×20-inch photogiclees.

The approach marked a turning point for Schaefer. Not only did the photogiclees save him a good deal of time without diminishing his artistic control, but their sheer size added drama. Schaefer began using photogiclees in all his exhibitions, often with the original cyanotype prints displayed next to them. Before printing the enlargements on canvas, he may adjust the scans in Adobe Photoshop on his Mac. This approach fascinates curators and others with its unusual combination of archaic technique and modern technology. It has also attracted widespread critical attention to his work.

Projects on the horizon

Schaefer currently contemplates a wide variety of projects. One involves photographing a synagogue in New York and another in Berlin. He’s also collaborating with his cousin, an accomplished poet, traveling to farm settings in northern Alabama where the two are recording images on film and in poetry.

Schaefer wants to work again in Europe. But a Japanese review has him thinking about traveling for the first time to Japan. The writer compared Schaefer’s work to haiku.

“I was really honored with that comparison,” says Schaefer. “I think of all the different shojii screens and things that I could photograph through.”.

Robert is a New York based photographer working in the Cyanotype and other alt processes and an active contribtor of photograhic articles. See Roberts gallery. This article was also published on Apple.com.